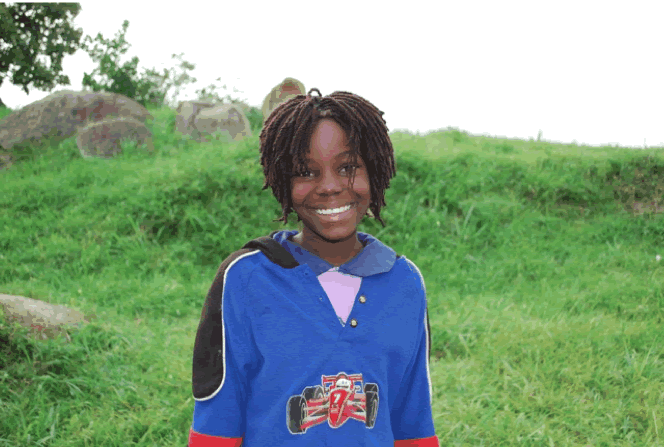 Nambi Masitulah is in class P6 at the Makonzi Boarding School which is in the Mubende district of western Uganda. When we first met Nambi, she was drinking from this water hole.
Before the new well, all of the pupils at the school were getting their water from this same contaminated water source.  They used this water for everything from drinking, bathing, washing their clothes and the school used it for cooking.   Several months ago, Nambi got extremely sick with Typhoid.  She was in bed for two weeks and thought she was going to die.  She missed all of her classes for the entire two weeks and was just in her bed in the dorm room.  Her parents live in the village which is many miles away so they were not able to come.  The teachers and her friends were there but she was wishing for her mom and dad.  She was very scared.  Now she is very happy for the clean water and happy that her and the other pupils no longer have to fetch their water from the old dirty source anymore.