One woman’s story – attacked by ants while getting water 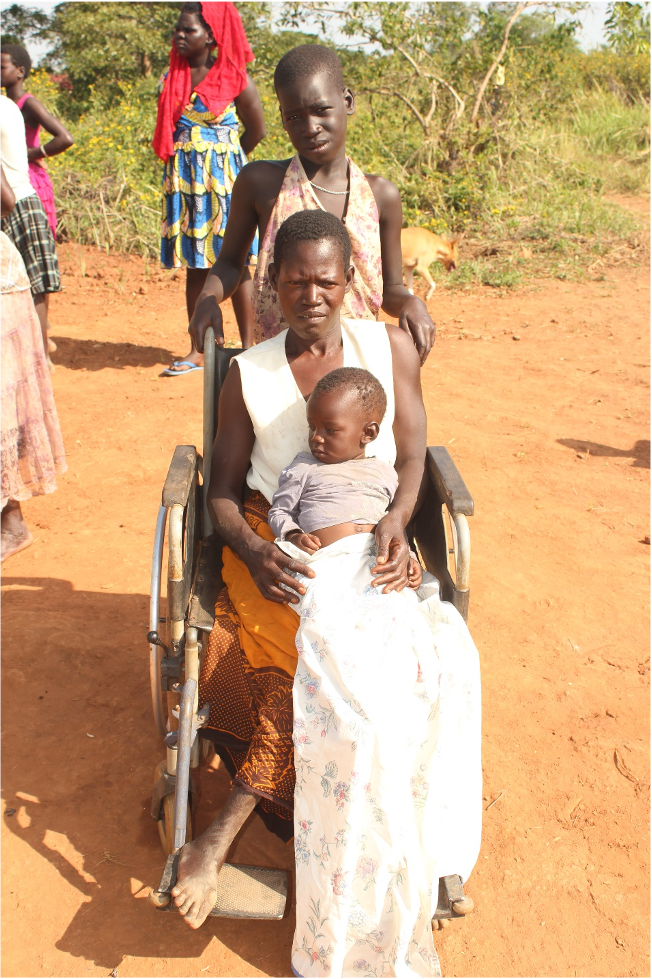 Ajok Nighty,  lives in Gwenotwom, Uganda. Ajok was born with a physical disability that she has lived with her whole life. She manages to get around in a wheelchair when she can find someone to help her.  but if she can’t find someone to push her she stays close to home.

Before the well was drilled her community was getting water from a waterhole. The waterhole was 1 km away – too far for Ajok to get to on her own. One day she wanted to wash some clothes so she had a neighbor take to the water hole. The neighbor left her there after promising to come back when she was done with her washing.

Recent rains had left the ground slippery and Ajok had to be careful not to fall in. She knew that if she did, it would be hard to get out and she might drown.

Then something unexpected happened “Just when I was about to finish, a lot of red ants came around me and started biting me,”. In pain she tried to knock them off her. Fortunately her niece returned and found her. She helped her back into the wheelchair and cleaned the remaining ants off her.

Ajok shudders when she thinks of that day, but she is grateful her niece returned when she did. She is so happy that Gwenotwom village now has a well and she no longer has to go to the waterhole.

How clean water helped a teenager start a business 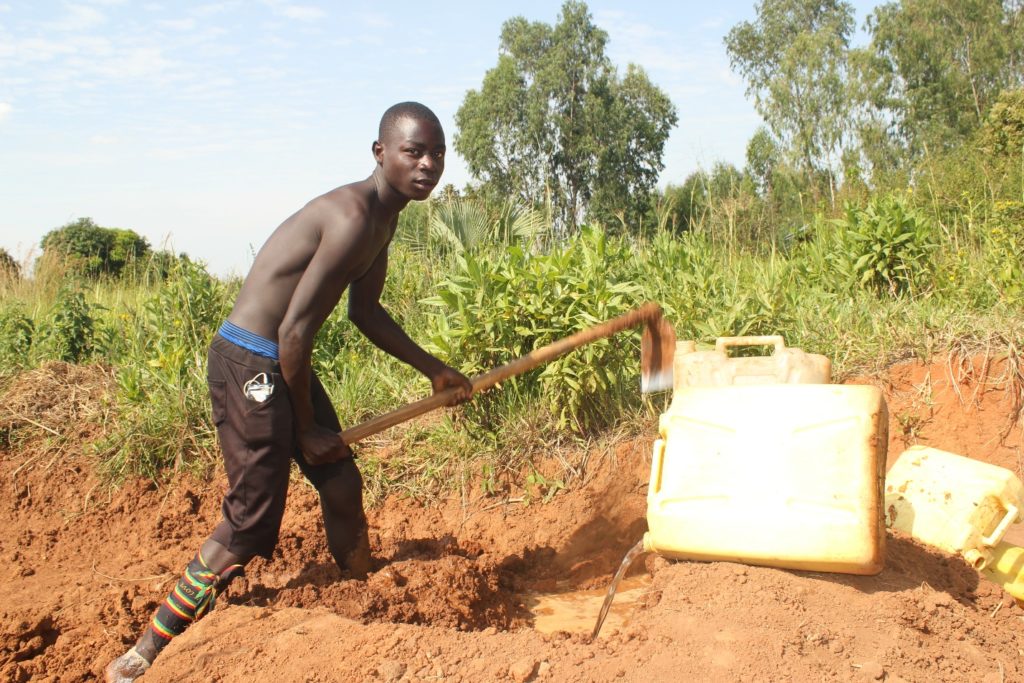 For the past 80 weeks, schools in Uganda have been shut down due to Covid.  Richard Okello also lives in Gwenotwom village which is in the Gulu District of Uganda. The ambitious 17-year-old did not want to sit around and waste time doing nothing while his school was closed. So, he decided to start raising pigs as a small business. And in order to purchase his first pigs, he decided make bricks and sell them. His goal was to make 1600 bricks before school started back in order to buy the first pigs.

But to make bricks, you need water. And his village did not have a water source. He first tried collecting water from local puddles and streams. But scooping up that much water was time consuming. He then approached nearby businessman who had a water well on his property. But the man expected payment for the water, which made that option unaffordable. When Drop in the Bucket arrived to drill a well for the community, Richard’s problem was solved.

Using the new water well, Richard went to work making bricks. And although he did not reach his goal of 1600 bricks before school is started back, he plans to continue making and selling bricks on weekends and evenings, until he can raise enough money to start buying pigs.

Your donations don’t just provide people with drinking clean water. They also empower people like Richard with opportunities. Thank you for being a part of this powerful ripple effect.