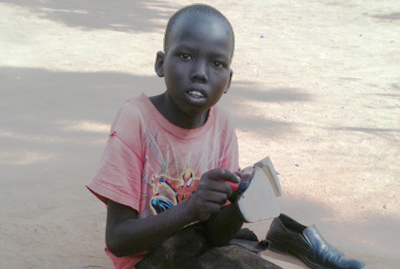 Ngor Garang Tong is a 5th grader at Salva Kiir Primary School, in Aweil Town, which is in Northern Bahr el Ghazal, South Sudan. His school is one of several in the area where we have recently worked on projects. Ngor has a small afterschool business of shining shoes and said he uses his money to help his mom feed his family of himself and six siblings. He told us he is trying to save more money so he can build his family a safe and secure house. Ngor said he loves school and attends every day, without ever missing. His favorite class is English. Ngor is very focussed on working hard at school and getting the best grades he can. He told us when he grows up he is going to become governor or community leader. 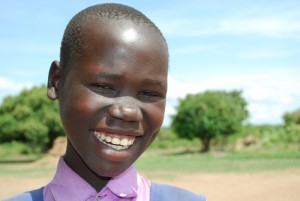 Gillian Akullo is 13 years old and is in 5th grade at Ating Tuo Primary School, in Alebtong, Uganda.   Gillian had been suffering from severe diarrhea for two years and recently her symptoms began getting worse.  She says her mother was also experiencing the same problems and possibly some of her other 10 siblings.  Gillian says her mom was never taught to boil drinking water and, since she does most of the domestic work, the family never drank water that was boiled.
Gillian says she missed a lot of school because of her stomach problems, which also impacted her ability to contribute at home because of the severe pain.
Drop in the Bucket staff took Gillian to the clinic for testing and learned that she had the dangerous Bilharzia worm and also a urinary tract infection.  The clinic gave her antibiotics.  We are now working with the sub-county health officials to make sure that all of the students at Ating Tuo Primary School are de-wormed.
In the future, Gillian would like to be a nurse so she can help people who are suffering with similar issues.   Everyone at Ating Tuo Primary School and the surrounding villages are extremely grateful to the Damiani Family for this clean water, which has definitely changed their lives. 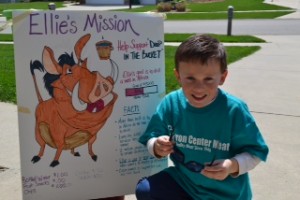 Collin is a five year old boy from Grand Rapids, Michigan who heard about Drop in the Bucket because of another amazing kid named Ellie.  Collin on hearing about everything Ellie is doing to raise money for a well and decided he wanted to help too. Collin decided he would raise money by selling snacks at his garage sale and raised $66 in one afternoon.

In February students at the Wheatlands Elementary School in Aurora, IL held a to raise money help build a well for a school in Africa. Throughout the year the school had been practicing acts of kindness and had made several donations to organizations in their community. This time they decided to take their kindness global and make a difference to children in another part of the world. Thank you to everyone who participated in this amazing act of kindness. 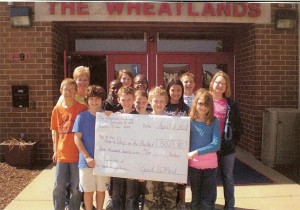 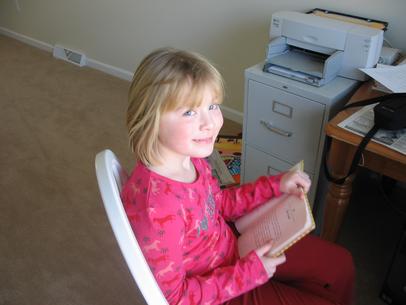 There’s no age limit on having a big heart. Six year old Megan from New York heard about the water crisis in Africa and wanted to help. Megan held sponsored read-a-thons amongst other things and managed to raise $1000 all on her own.

A little bit of change can go a long way… Never take for granted the power of change. Eight year old Brayden of Colorado collected and donated all of his change to Drop in the Bucket. “I want to help Africa. I hope this money helps.” Thank you Brayden! Your generous contribution helped to provide clean, accessible water to children in Uganda. 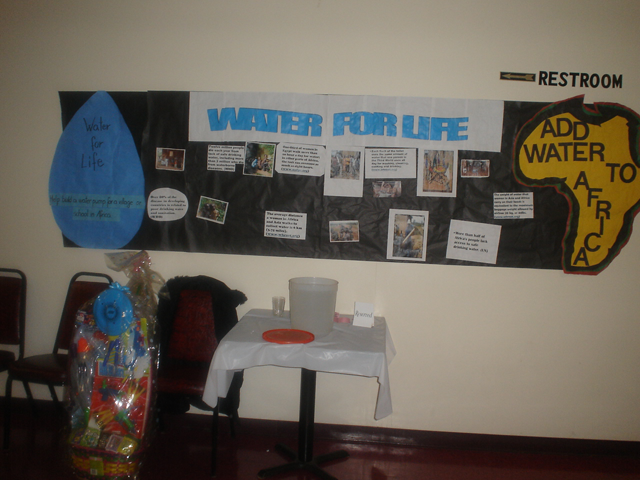 Among other methods, the young students of the LaFrancis Hardiman School in Wyandach, New York raised money over three months byrecycling cans and bottles. Thanks to the kindergarten, first and second graders of this school, children thousands of miles away enjoy the right to clean drinking water everyday. Congratulations on your accomplishments LaFrancis Hardiman School, and thank you for helping Drop in the Bucket provide another community with safe, disease-free water. 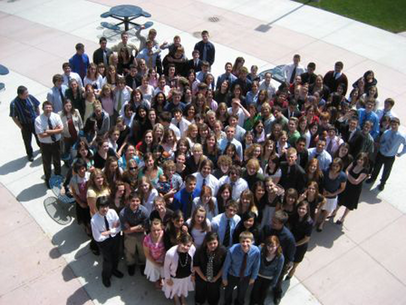 Water you waiting for? If a student body of only 190 can raise $7000 in a week, imagine what your school can do. Students’ innovative fundraising methods helped spark the interest of the community, which helped them attain their goal. The Meridian Medical Arts Charter High School in Idaho became the first school in America to provide a complete water system in Uganda through their donation to Drop in the Bucket. Thank you for your commitment to community awareness as well as your donations!