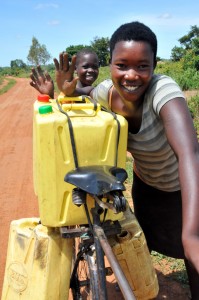 I recently watched a segment of the HBO show Vice about the Fat Farms of Mauritania. In it, a reporter traveled to the West African country to profile the ancient practice of brutally force-feeding young girls to fatten them up to make them more attractive for marriage.
In their culture, a fat woman is seen as a symbol of a man’s wealth. So the fatter the girl, the higher her perceived value. Girls are used to elevate the social status of fathers and husbands, to forge alliances between families. It’s about buying into the girl’s family. The girl herself is just bait.
I spend half the year in East Africa with Drop, constructing water wells at schools to help girls get an education. Without those wells, education is not even an option for many girls in this region. Instead, they are forced to serve the family by spending a major part of every day fetching water. Another way they are meant to serve the family is through their bride prices or dowries.
A dowry is when the groom’s family makes a payment to the bride’s family, usually in the form of cows or money. Protecting this exchange is of great importance to a girl’s family, so her childhood is very often cut short by an arranged child marriage. Many girls are married off as soon as they reach puberty. This avoids the risk that she could lose her virginity before marriage, or worse, that she might get pregnant. These families have been counting on these dowries since the girls were babies. They often need it to feed the family and provide for the brother’s dowries.
In Mauritania, the girls don’t want to eat all of that food. If a girl refuses to eat because her stomach hurts, the family beats her or cracks her feet with a stick, sometimes breaking her toes. If she can not hold down the food and vomits, she is often made to eat the vomit.
These girls are being dragged into a pattern of bad health that they will carry for the rest of their lives. In other parts of Africa, a girl is fed less than her brothers. It’s the same oppression, just opposite extremes.
Whether it is fattening a girl to marry her off or marrying a 13-year-old who then dies trying to deliver a baby that is too big for her small frame, the girl’s health is of little concern. Imagine being a young scared teen delivering a baby in the deep village with no medical assistance. According to the UN, in South Sudan, a 15-year-old girl has a higher risk of dying in childbirth than of finishing secondary school.
Regardless of how it’s packaged, it’s a systematic, long-standing acceptance of objectifying, oppressing and abusing young girls. 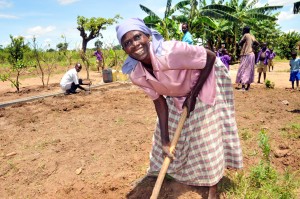 From birth, a girl is viewed as a product to be owned by men. Since she will eventually be married into another family, there is generally little concern for educating a girl. It is expensive, and everybody knows she will be traded off at 15 years old in a family arrangement, in which she has no say. And her husband can do with her as he pleases, since he paid for her. Until that time, she is merely a female form to be manipulated and molded in order to meet a standard that will hopefully lead to a higher bride price. After that, her primary duties will be bearing as many children as possible and serving her husband.
In a study conducted by Mifumi, a non-government organization in Toroto, Uganda, 60 percent of the women surveyed believed that bride prices contributed to domestic violence. Women are treated as possessions, which leads to inequality. But the system is slowly changing. In many countries, including Uganda and South Sudan, the government has outlawed underage marriage. But long-held traditions are hard to break, and these laws are rarely enforced in the deep villages. 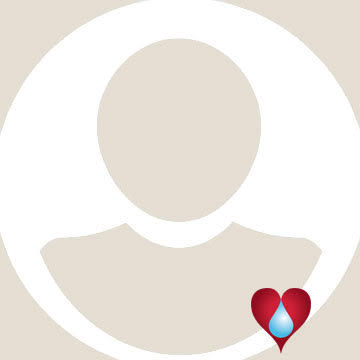 I enjoy watching Vice, and I think it is a brave show. I just wish they had delved a little deeper into this topic. It’s not about men preferring heavy women – it’s a human rights issue that, fortunately, more and more people are starting to become aware of.
We can’t keep looking at situations like Fat Farms and think they are cultural quirks. There is a global humanitarian crisis of oppressing women and girls. Whether it’s girls being sold into sex slavery, publically flogged for being raped or fattened up to be traded like cattle, these are our wives, our sisters and our mothers. It’s our duty to help them.
It’s not our job to change other cultures. That change must come from within. But I meet girls everyday who desperately desire change. They just need their voices to be heard. And the key is education. An educated girl demands more for herself, and an educated mother demands more for her children. The work we are trying to do with Drop in the Bucket is not just about supplying children with clean water, though that is certainly the first very important step. It is about getting children educated so that they can stand up for themselves and end the cycle of this oppression.