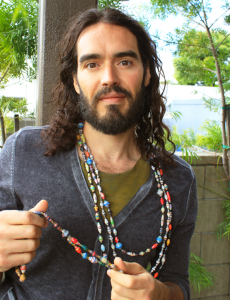 Decades of war in northern Uganda left the region impoverished and its inhabitants in a severe state of shock. Compounded with high illiteracy rates and inability to access education, Ugandans are often unable to financially support themselves in a world where education equates opportunity. Although Joseph Kony and the Lord’s Resistance Army (LRA), are no longer active in the region, the shadow of their reign of terror still looms over northern Ugandans who must now pull themselves out of poverty.
Rather than focusing on simply dispensing aid, several organizations took a different, more direct approach and worked alongside the people living in IDP (Internally Displaced Persons) camps, establishing beading programs enabling the locals to finally have their own source of income. Beading programs teach local women how to construct jewelry from old magazines, which they, in turn, can sell for profit. These programs provide amazing opportunities for women who lack the literacy skills to work in other fields. These beads provide a source of financial independence, enabling them to feed their families and be able to afford their children’s school fees, thereby (hopefully) cutting the cycle of poverty and illiteracy. At Drop in the Bucket we believe education is one of the major ways to break the cycle of poverty, and we are happy that selling these beads may make that happen.
All of the beads are unique and hand made in northern Uganda. To purchase yours please go to our online store.

WITH a polythene bag slung across the shoulders, her eyes pry around the school compound like a stranger. Before entering the classroom, she walks to the far end where the school toilets are located. Later, she emerges with a grin and dashes to class.

What is the motivation?

Winnie Akol, the 12-year-old girl, is back to school after getting the news that her former school has a modern flushing toilet synonymous with modern urban establishments.

She had dropped out of school the year before because she could not have any privacy, especially during her menstrual cycle. Akol represents a wave of excitement at Pece Pawel Primary School in Pece division, Gulu town. Since March last year when the school started using the flush toilets, many pupils, especially girls returned.
“About 10 girls who had dropped out because of poor sanitation and lack of washrooms re-joined P.4, P.5 and P.6 classes at the start of last term,” the deputy head teacher of the school, Grace Evelyn, Akeni reveals.

From using unhygienic pit latrines with floors flooded with filth, pupils and teachers now use flushing toilets, courtesy of Drop in the Bucket, a US-based NGO. Prior to the construction of the three-step water sanitation system, the school was using 16 old dilapidated pit latrines.

Flush toilets are a better option

Unlike schools that still use dirty pit latrines with unbearable hygiene conditions, Pece Pawel Primary School does not experience any stench from the flush toilets since pupils started using them eight months ago. Sanitation experts and engineers say these flush toilets can serve the school for about 20 years.
     
“This eco-sanitation system is good for schools in urban areas with limited land for expansion. There is no air pollution,” Pece division health inspector Betty Atim remarks.

How it is built

The director of Drop in the Bucket, Stacey Travis, explains the processes involved in building the eco-sanitation flush toilet system.
First, we installed a water well with a modified hand pump that sends some of the well water into a designated container to be used for general water needs, while the rest of the water goes into a separate reservoir tank of about 1,500 litres.

Next, we attached to this tank another pump, but this one is operated by a piece of playground equipment called a roundabout. Each time the children play on the roundabout, water is pumped from the reservoir tank to a hand-washing station and two sets of flushing toilets.

In the final step, we connected the toilets to a delayed septic system with seven different compartments through which the waste from the toilets flows.

Advantage of the system

Travis says a delayed septic system is designed to break down sewage into, 100% pathogen-free, and 85% pure water in 28 days. This prevents the problem of toxicity from accumulated sewage, and the risk of groundwater contamination during the rainy season.
“This pathogen-free water from the toilets can be used for irrigation by the communities around,” Travis notes.

She adds that the eco-sanitation system is simple and environmental friendly as opposed to pit latrines.

“Unlike the pit latrines which are smelly and dirty, these flush toilets are always clean. The pupils clean the toilets daily and each child brings two rolls of toilet paper every term,” Akeni says.
Pupils, parents excited

Walter Ochora, 11, a P.4 pupil, says using the flush toilets is more enjoyable than the pit-latrines. “The flush toilets do not have maggots and a bad smell like the pit latrines,” Ochora says.
He says Drop in the Bucket should expand the eco-sanitation system to other schools in the region to save the children from the risk of contracting diseases like cholera and dysentery.
Vincent Opio, a parent, acknowledges the usefulness of the eco-sanitation system of flush toilets because the toilets ensure good health of their children.

The health inspectors from Pece division now want the authority of Pece Pawel Primary School to demolish the dilapidated filled up pit latrines which have been abandoned.

Cost of the project

According to Travis, drilling a borehole and building 10 stances of flush toilets in the school cost about sh30m. She says the project was cheaper because the community also contributed bricks and other building materials.

 She adds that in places where there is no community contribution, it can cost between sh40 and sh45m to build such a system and borehole.

According to Travis, one of the challenges Drop in the Bucket faces in establishing ecosan flush toilets is getting support from the community.

“We tried so hard to fight those negative attitudes by involving them in the project through provision of building materials like sand, bricks and stone aggregates for the sustainability of the project,” Travis says.

She says they also try to unite the communities around the selected schools by organising them in a water users’ committee for proper maintenance of the boreholes.
 
 This article can be found on-line at: http://www.newvision.co.ug/D/9/35/742793

Copyright ©2023 Drop in the Bucket